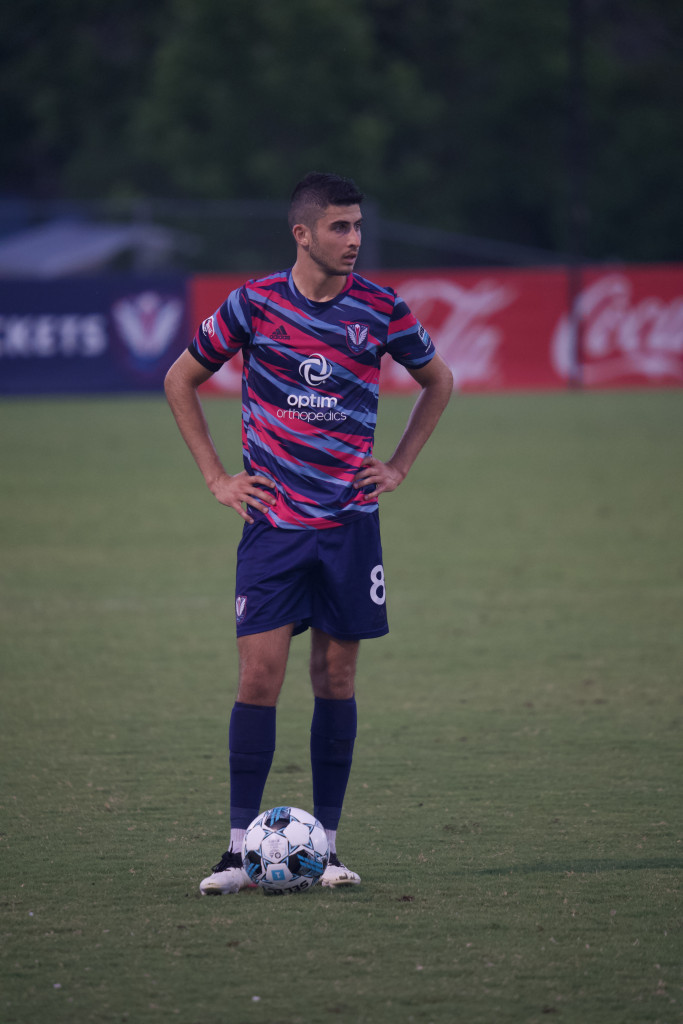 My name is Gabriel Cabral and I play for Tormenta FC in USL1. I grew up playing in Brazil in one of the best academies in the country, Fluminense Football Club. From there, I moved to the United States in 2015, to study and play soccer at the University of Charleston (UC). There, I was able to win a National Championship before graduating and playing my last year of eligibility for the University of North Carolina Wilmington. After that, I was able to be an Assistant Coach at UC, and learn about the other side of the game. After that, I became the Graduate Assistant at West Virginia University, where I was able to develop even more my knowledge about the game. After a successful USL2 summer season I was offered a contract at Tormenta FC and it is where I am at the moment.

I grew up playing in Brazil, and that made me develop my technical abilities to a high level. At that time I played as a right or left midfielder (8), however, once I made my transition to the USA, I started playing more as a Center Midfielder (6) and as an Attacking Midfielder (10). With that, I developed my game knowledge and I am very comfortable at all the Midfield positions. I will offer all of my expertise and give tips on how to reach the next level of your game.